Constitution of the Marlow Archaeology Group

PART 1
1. Adoption of the constitution
The association and its property will be administered and managed in accordance with the provisions in Parts 1 and 2 of this constitution.
2. Name
The association’s name is
Marlow Archaeology Group (and in this document it is called the charity).
3. Objects
The charity’s objects (‘the objects’) are:
(1)To advance public knowledge, education and understanding of archaeology and history  through:
(a)  research and practical investigation into the archaeology, related heritage and historic environment of the town of Marlow and the neighbouring area;
(b)  public talks covering local and general archaeology; and
(c)  visits to sites of archaeological interest

16. Accounts
(1) The trustees must comply with their obligations under the Charities Act 2011 with regard to:
(a) the keeping of accounting records for the charity;
(b) the preparation of annual statements of account for the charity;
(c) the transmission of the statements of account to the relevant supervising statutory authority;
(2) Accounts must be prepared in accordance with the provisions of any Statement of Recommended Practice if so required by a regulator or other body.
17. Notices
(1) Any notice required by this constitution to be given to or by any person must be:
(a) in writing; or
(b) given using electronic communications.
(2) The charity may give any notice to a member either:
(a) personally; or
(b) by sending it by post in a prepaid envelope addressed to the member at his or her address; or
(c) by leaving it at the address of the member; or
(d) by giving it using electronic communications to the member’s address.
(3) A member who does not register an address with the charity or who registers only a postal address that is not within the United Kingdom shall not be entitled to receive any notice from the charity.
(4) A member present in person at any meeting of the charity shall be deemed to have received notice of the meeting and of the purposes for which it was called.
(5)        (a) Proof that an envelope containing a notice was properly addressed, prepaid and posted shall be conclusive evidence that the notice was given.
(b) Proof that a notice contained in an electronic communication was sent in accordance with guidance issued by the Institute of Chartered Secretaries and  administrators shall be conclusive evidence that the notice was given.
(c) A notice shall be deemed to be given 48 hours after the envelope containing it was posted or, in the case of an electronic communication, 48 hours after it was sent.
18. Rules
(1) The trustees may from time to time make rules or bye-laws for the conduct of their business.
(2) The bye-laws may regulate the following matters but are not restricted to them:
(a) the admission of members of the charity (including the admission of organisations to membership) and the rights and privileges of such members, and the entrance fees, subscriptions and other fees or payments to be made by members;
(b) the conduct of members of the charity in relation to one another, and to the charity’s employees and volunteers;
(c) the procedure at general meeting and meetings of the trustees in so far as such procedure is not regulated by this constitution;
(d) the keeping and authenticating of records. (If regulations made under this clause permit records of the charity to be kept in electronic form and requires a trustee to sign the record, the regulations must specify a method of recording the signature that enables it to be properly authenticated.)
(e) generally, all such matters as are commonly the subject matter of the rules of an unincorporated association.
(3) The charity in general meeting has the power to alter, add to or repeal the rules or bye-laws.
(4) The trustees must adopt such means as they think sufficient to bring the rules and bye-laws to the notice of members of the charity and to inform them from time to time of the charity’s activities.
(5) The rules or bye-laws shall be binding on all members of the charity. No rule or bye-law shall be inconsistent with, or shall affect or repeal anything contained in, this constitution.
19. Disputes
(1) If a dispute arises between members of the charity about the validity or propriety of anything done by the members under this constitution, and the dispute cannot be resolved by agreement, the parties to the dispute must first try in good faith to settle the dispute by mediation before resorting to litigation.

Title: "What did the Romans ever do for Bourne End?" 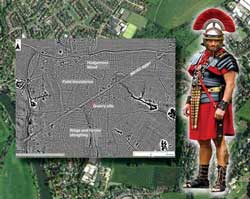 Title: How To Build a Roman Villa - The Weird and Wonderful Romans at Priors Hall, Corby 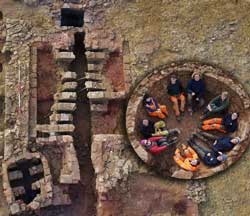